This is for “normal” retirees.  You know, they worked most of their life, retired, collect social security, and are afraid of touching the money in their IRA accounts now.

When you get old, you eventually have to touch money in your traditional IRA or 401(k) plan, whether you need the funds or not.  The IRS calls it Required Minimum Distribution (RMD), it’s the IRS way of getting tax revenue from you on tax deferred accounts.  It basically says, by April 1 following the year you turn 70 1/2 years of age you have to start taking money from traditional IRA and 401(k) accounts.  If you don’t take the money, they hit you with a 50% penalty on top of the income taxes you should have paid.  Details are laid out in IRS Pub 590-B.  Fun fact, it used to be called Minimum Required Distribution (MRD), not sure why the words got turned around at some point. 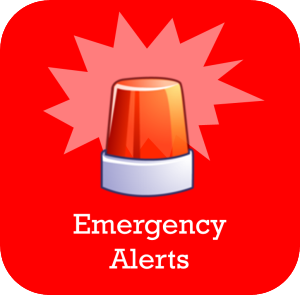 So, if you turned 70.5 years old last year and have not taken out any money from your IRA last year, stop reading this crap, call your IRA custodian and get after it.

Now a couple things to complicate the situation:

Your first year RMD has a grace period of April 1 following the year you turn 70.5 years old.  Every other year, the RMD is due and needs to be taken out by December 31st.  So in the above example, if you wait until April 1, 2016 to take out your RMD, guess what, you also have to take out another RMD by December 31, 2016 to satisfy your 2016 RMD.  It’s good to look at your tax situation and decide if waiting until April makes sense or not.  Two RMDs in one year may bump you into a higher tax bracket, so consult your tax professional.

If you have an old 401(k) and a traditional IRA, the RMD coming out from 1 does not satisfy the RMD of the other.  No aggregating balances allowed.  You have to pull the RMD from the traditional IRA and the 401(k).

If for some horrible reason are still working at age 70.5 years old, you can roll your traditional IRA into your 401(k), and this allows you to delay the RMD distribution until you are no longer working.  This basically kicks the tax can down the road.

RMDs do not apply to ROTH IRA accounts (currently.  Congress can always be dick heads and change this)

If you have a 401(k) with Roth contributions mixed in, guess what, you would have an RMD on those Roth dollars.  The IRS views it as a 401(k) plan and all money sitting in it is subject to RMD.  To work around this, you would want to have established an actual ROTH IRA account 5 years prior to retiring.  That way when you retire, move the Roth 401(k) dollars into your ROTH IRA to get around the RMD ( I say 5 years b/c the IRS currently has a stupid rule where they look at the date the Roth IRA was established and moving your ROTH 401(k) to the ROTH IRA and immediately taking a distribution can subject you to taxes- Pretty ridiculous, so best to play it safe)

You should contact your IRA and 401(k) custodian and learn how they handle paying and RMD.  Some places kick the RMD out, some places do nothing.  Best to know in advance.

There you have it, a couple things to make the mysterious RMD, not so mysterious.  Remember, it doesn’t matter what you do with the money once received from the IRA, just that you take it out.  If you don’t need the funds for anything, you can just turn around and invest through a brokerage account.

If you’re a reader in your 60’s and reading this on the world wide web, I’m impressed with your computer skills.  You should comment below.